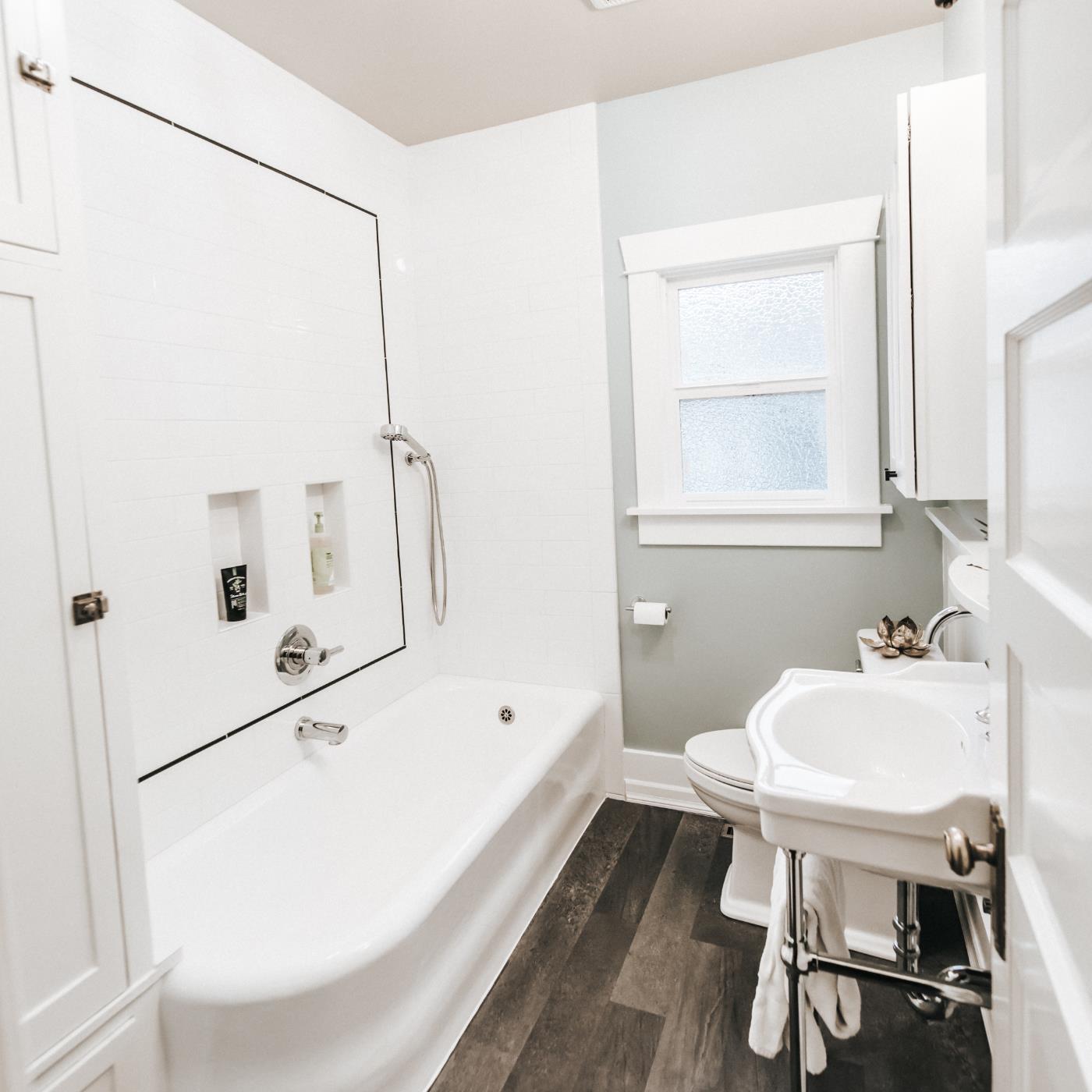 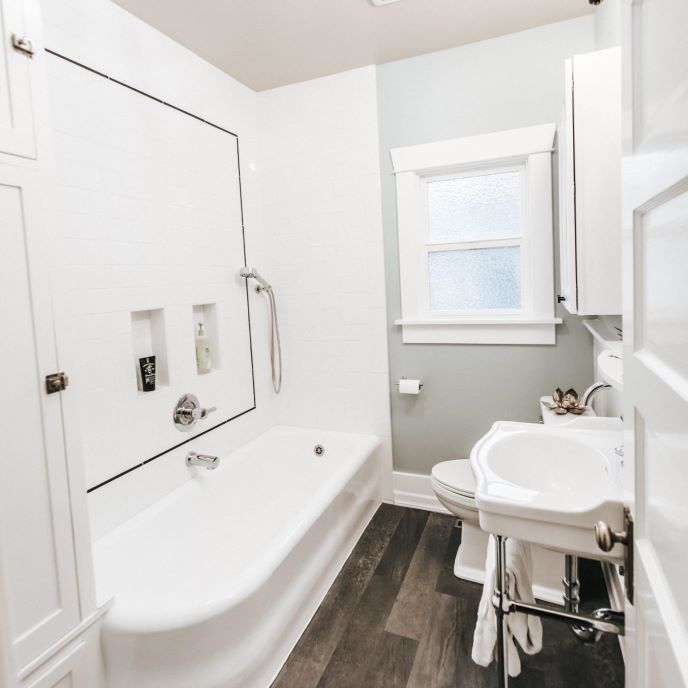 Add To Project
Bathroom Small Economical Contemporary Craftsman Hardwood Tile Vinyl Sink Faucets Sinks Designer
The Dompier family wanted to redesign their 7 x 9 ft main floor bathroom without expanding its footprint, as well as accomplish organization, efficiency, and natural lighting. The bathroom was designed specifically for their college-age daughter. Due to layout and furnishings, the bathroom was a very dark space. By fogging the window, we eliminated the need to use shades; this allowed for natural light to stream in all day. While the tone of green worked well in their living room and kitchen, the color was too dark for such a poorly-lit room. We replaced it with a more muted green, which matched the light and airy feel we were going for. The previous sink didn’t allow the door to open all the way and it kept hitting the edge of the sink. In order to make the door fit, we switched the sink out for a freestanding console sink. This change also made the floor seem bigger. Before, the tub tile clashed with the floor tile pattern. We replaced the tile with a stark white and black border to match the cabinets and new plank flooring, as well as extended the tile to the ceiling and the window, making the shower seem complete. The shower head was awkwardly placed in the center of the tub, which didn’t allow for a lot of showering space, despite the considerable size of the tub. Our solution: to work the new tub tile around the existing pipes. In order to accommodate this, we strategically placed two niches alongside the pipes for shelving. The shower head was replaced with a shower head and tucked into the corner for better use of space. Their bath tub itself was very unique and, in order to keep it, we were able to refinish it. The cabinetry beside the tub came with the original house. We loved the character so much, we just repainted it. Wainscoting was added behind the toilet and new console sink, to add much-needed shelving for the Dompier’s daughter to lay out her toiletries. A cabinet above the water closet was added, with outlets strategically placed inside. In order to add discreet shelving, we installed a new medicine cabinet vanity. The toilet itself was switched out for a wider and shorter seat, to allow for more leg space. We were very impressed with how we managed to redesign such a small room without expanding its footprint!

More Photos From This Project 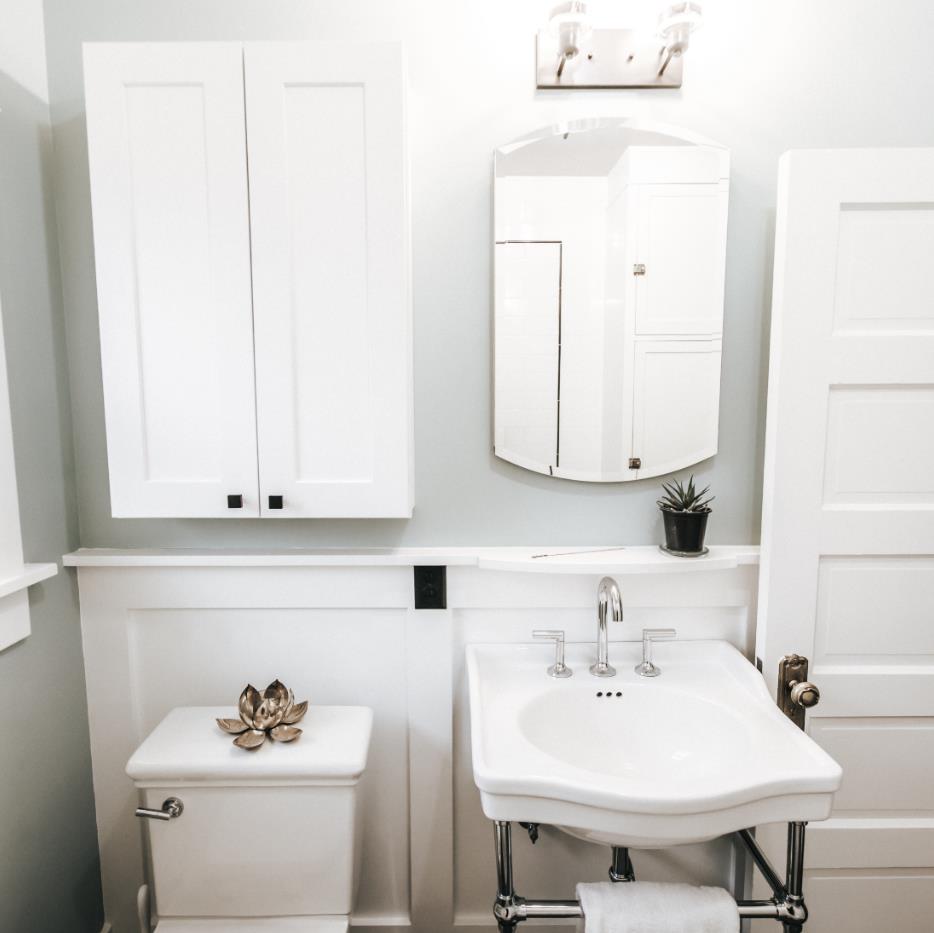 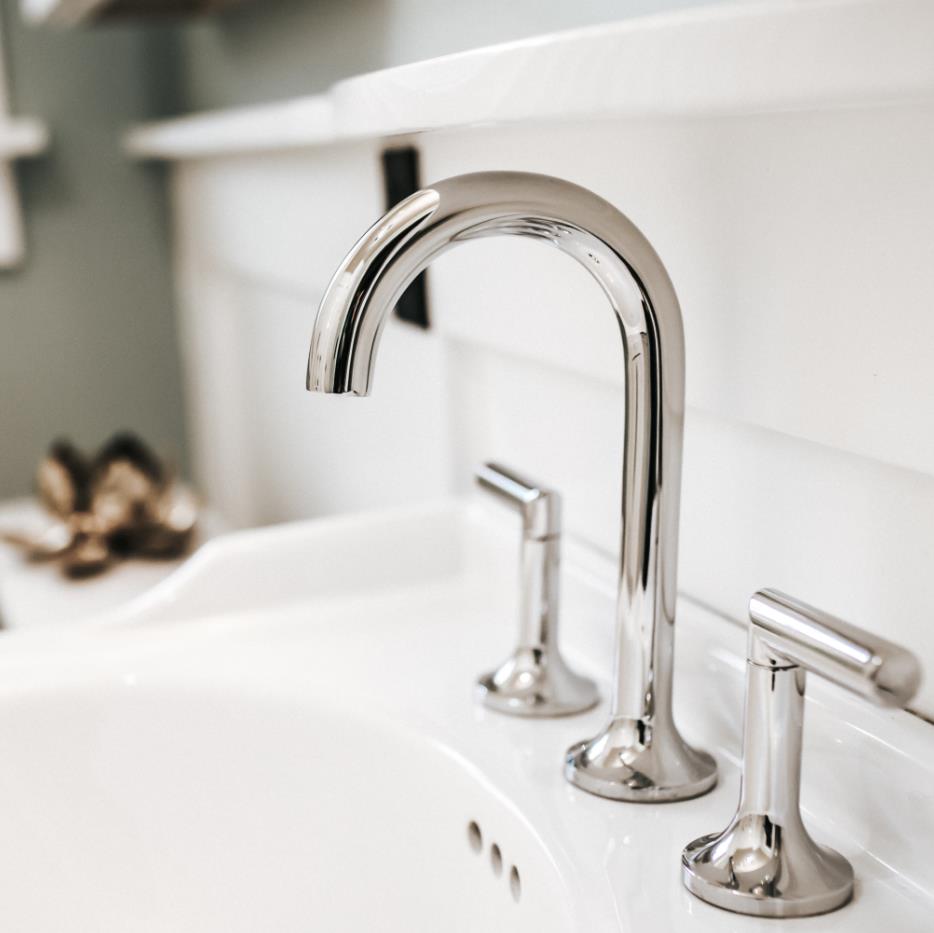 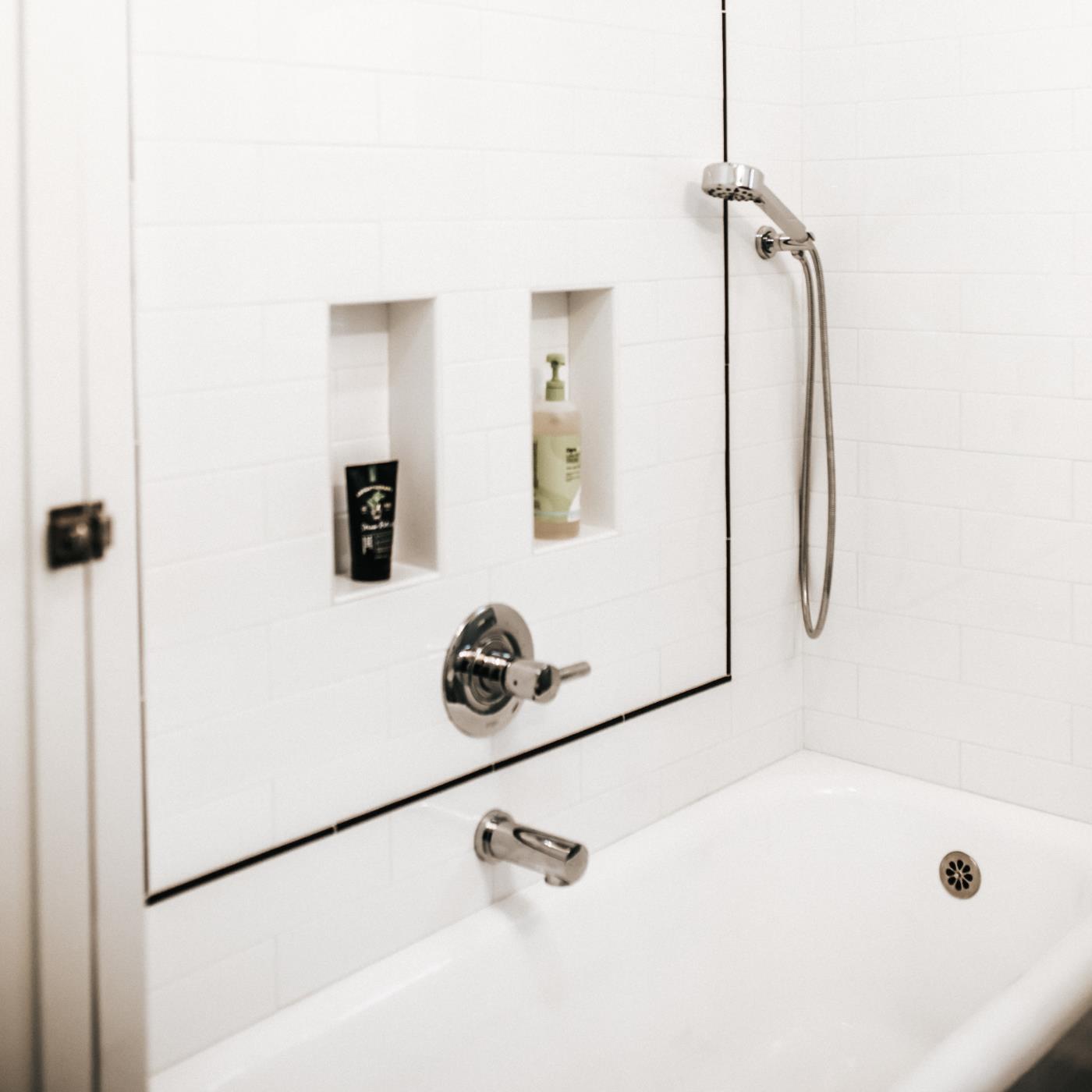 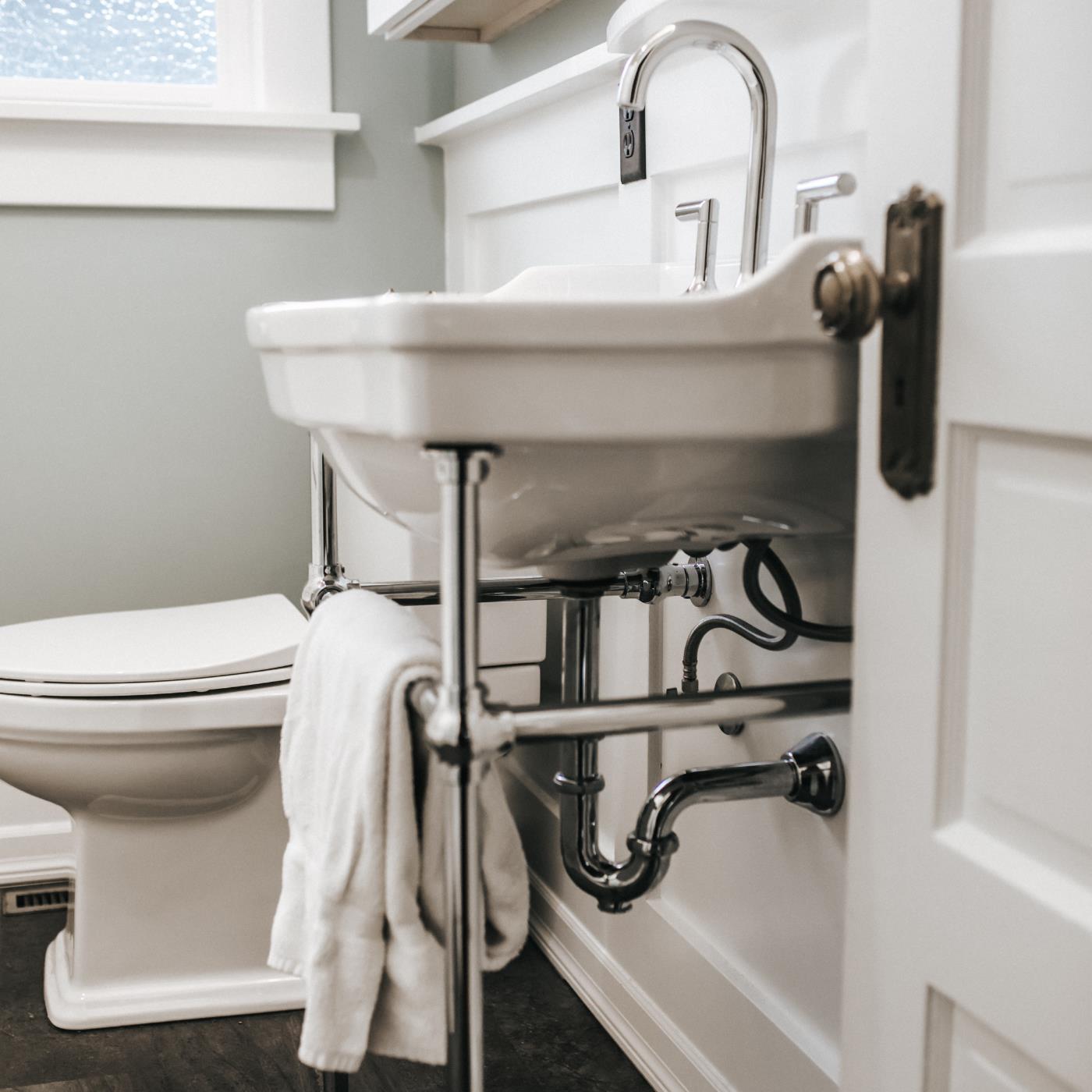 Before and In Progress Photos 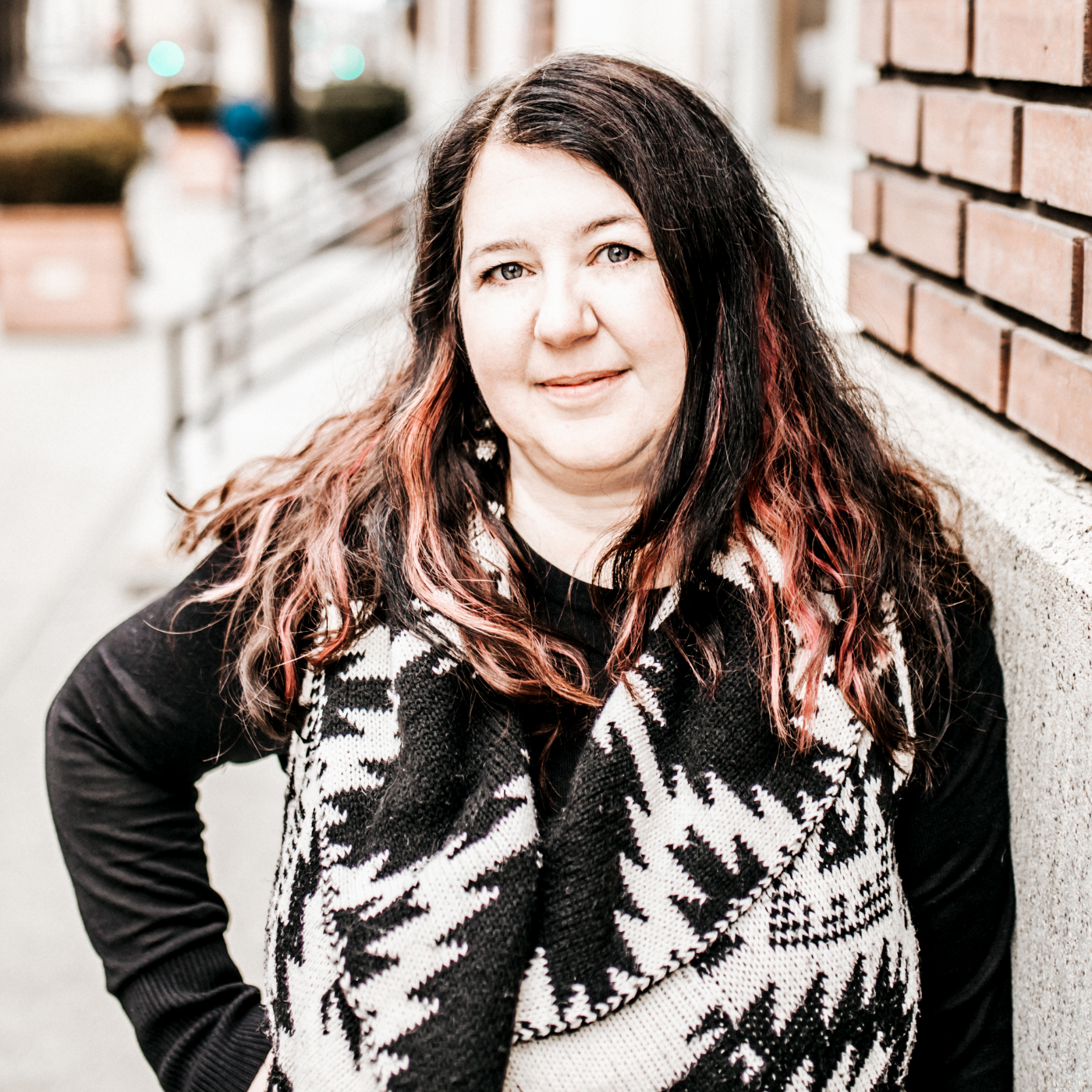 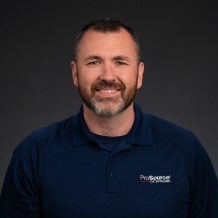 Become a ProSource Member today and start sharing your great projects on ProSource! 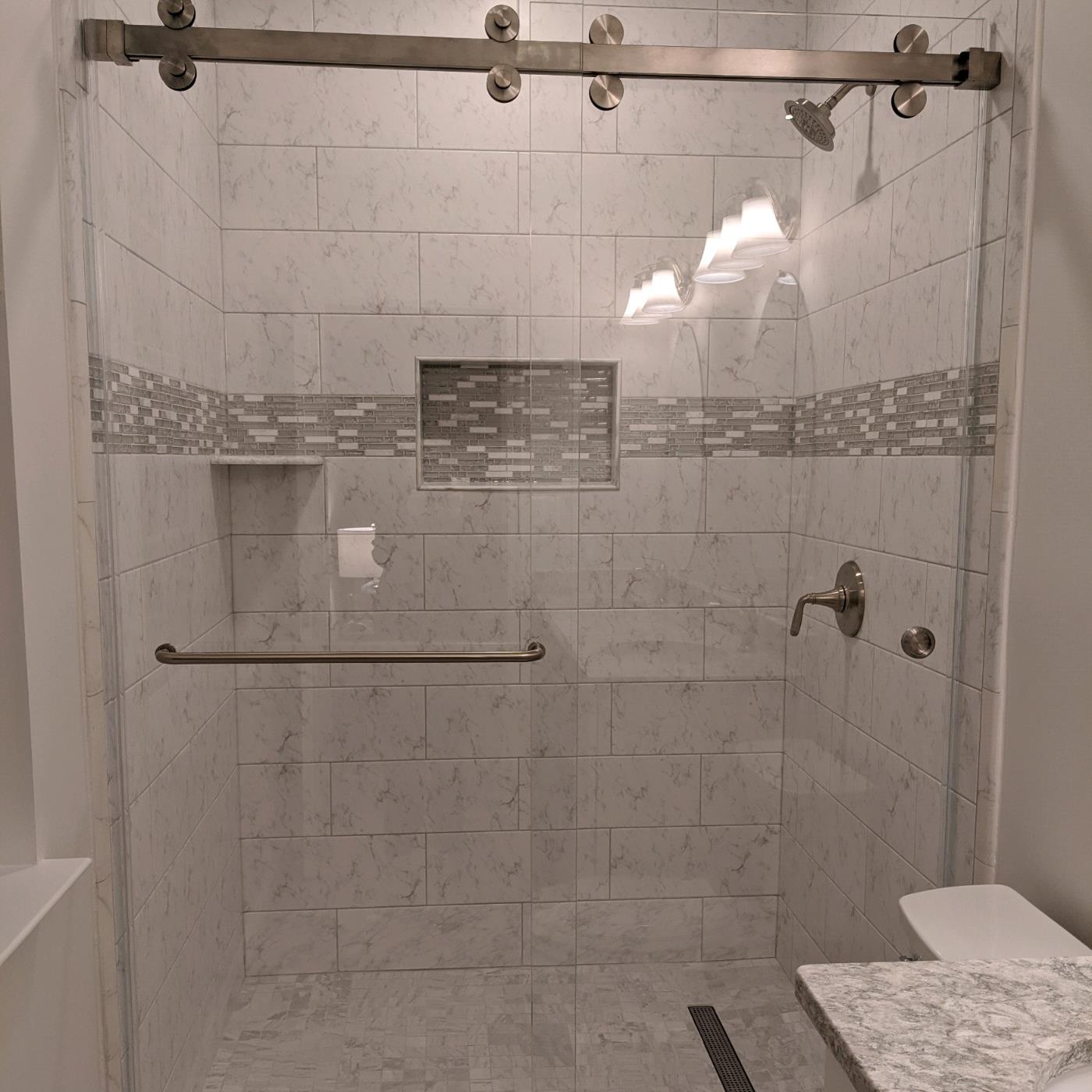 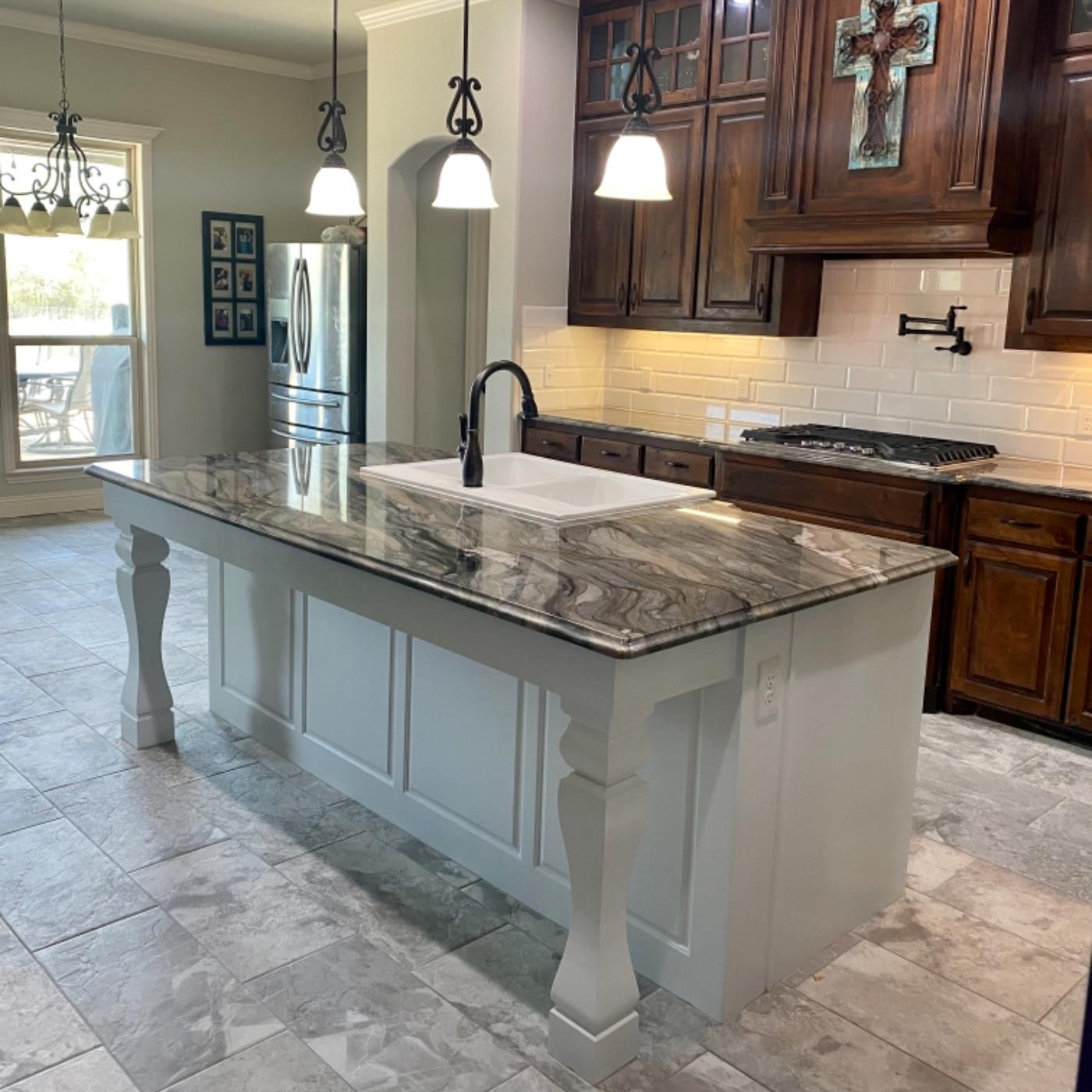 ProSource of Fort Worth 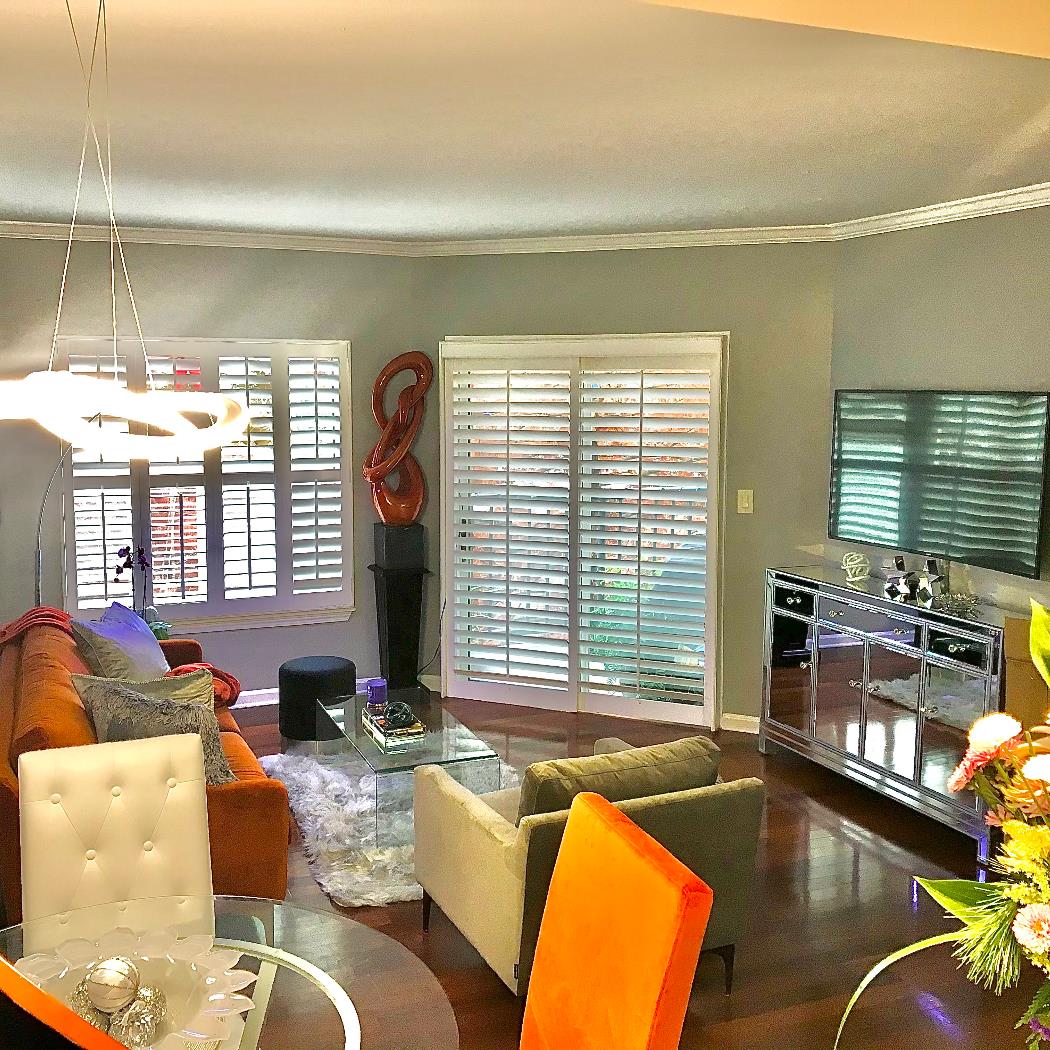